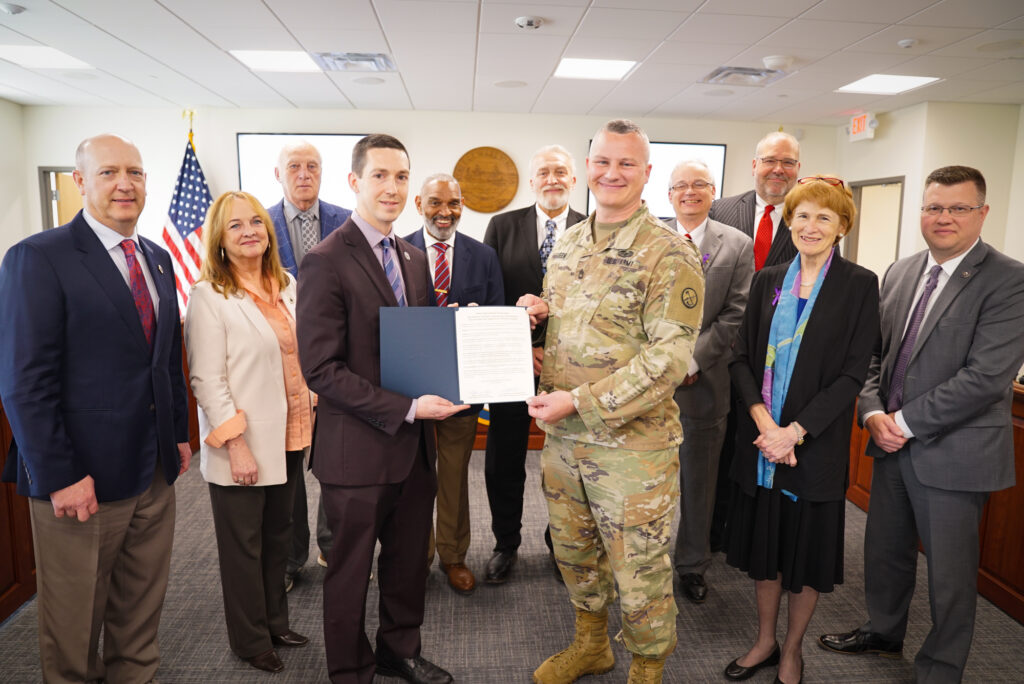 Charleston, West Virginia – The West Virginia Board of Education (WVBE) paid special attention to its military partners during its April meeting in Charleston today. WVBE issued a resolution recognizing April as the Month of the Military Child and reaffirmed its continued support for Common Ground, a partnership of military and community organizations that focuses on the success of all students and promotes assistance for military-connected families in the schools.

During the meeting, the WVBE heard a presentation highlighting some of the activities and initiatives taking place to recognize the important collaborative relationships between the military and West Virginia schools. These include:

“Recognizing our military-connected families in our schools gives us even greater insight to serve each individual student to ensure their success,” said WVBE President Miller Hall. “The Common Ground Partnership will remain steadfast in our efforts to support students as they graduate from high school and prepare for college and a career.”